For Christmas I thought I'd ask my Mother-in-Law for this sweater: 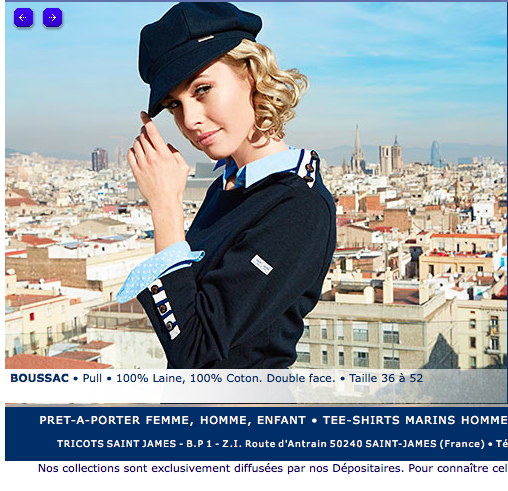 For a number of reasons, I ended up with cash to buy the sweater online. Before buying, I looked more closely at the picture and when I saw the full sweater I realized it was much plainer, and less shapely, than I originally thought. 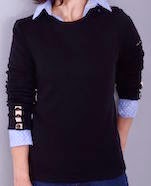 Upon more closer inspection at the detailing I began to think that I might be able to do something similar, cutting up a mariniere-style shirt. I took out some of my blue-and-white striped shirts and sweaters. Hmmm...nothing quite right. Then I thought about all the fabric swatches I had stored under my bed. I pulled them out and began laying them on an old Saint James sweater that I would use as my base.

This sweater was originally cream-colored but after a few food stains, I tried to dye it navy blue. That project didn't work out -- the sweater turned out a more slate blue. It was the perfect item ready for some "up-cycling!"

Among the scraps I found an old Jessica McClintock lacy shirt that I'd cut up and saved for a future project. I also pulled out all my old buttons and began the process of "which fabric" with "which buttons."

I'd come up with a combination that I was satisfied with and began sewing.

...And I'm happy to report I'm thrilled with the results! My son was very proud of me too...and gave me a big hug and little pat just before he started playing tennis with some soft "snowball" ornaments! Happy sewing and tennis tout le monde! 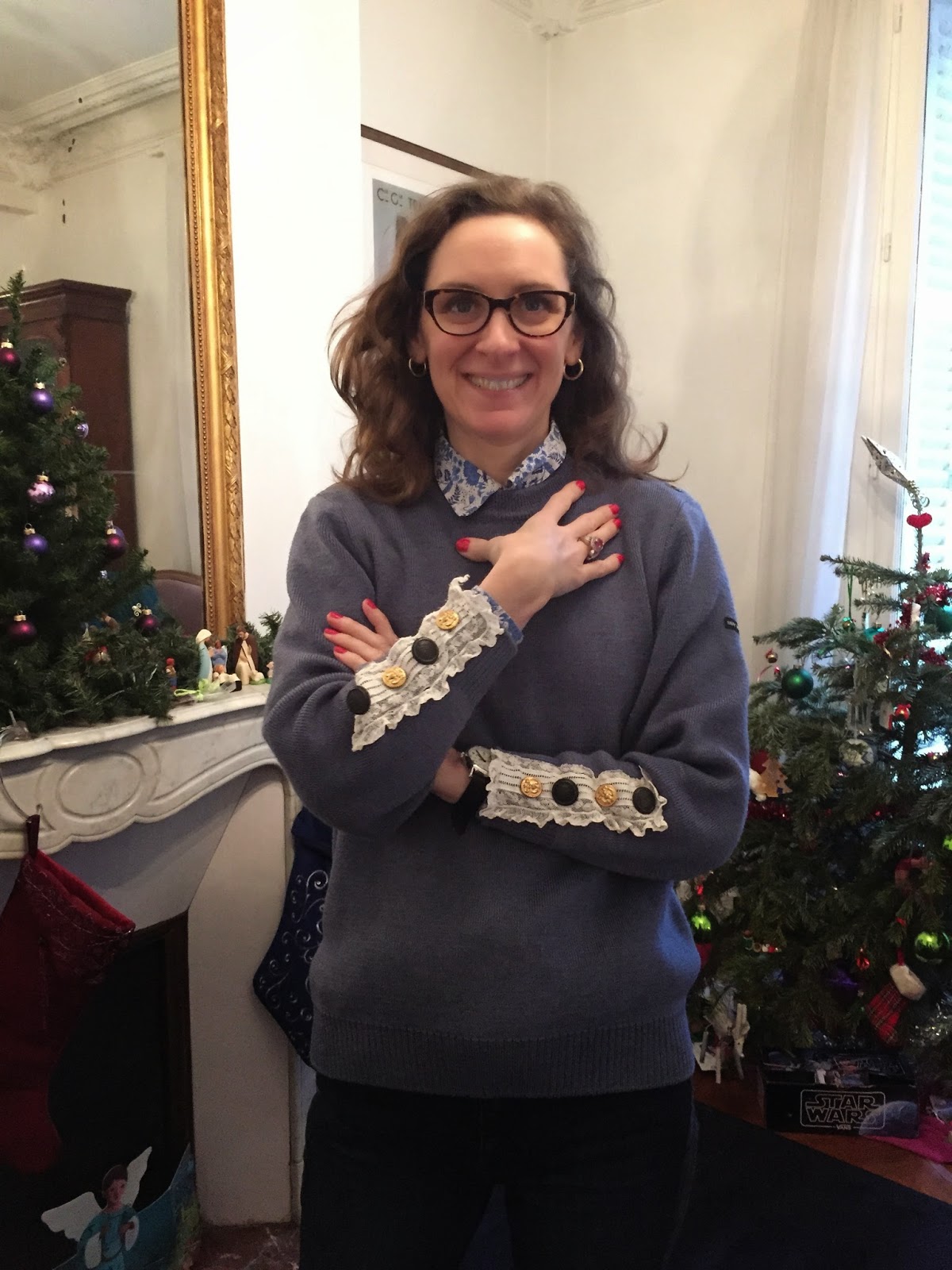 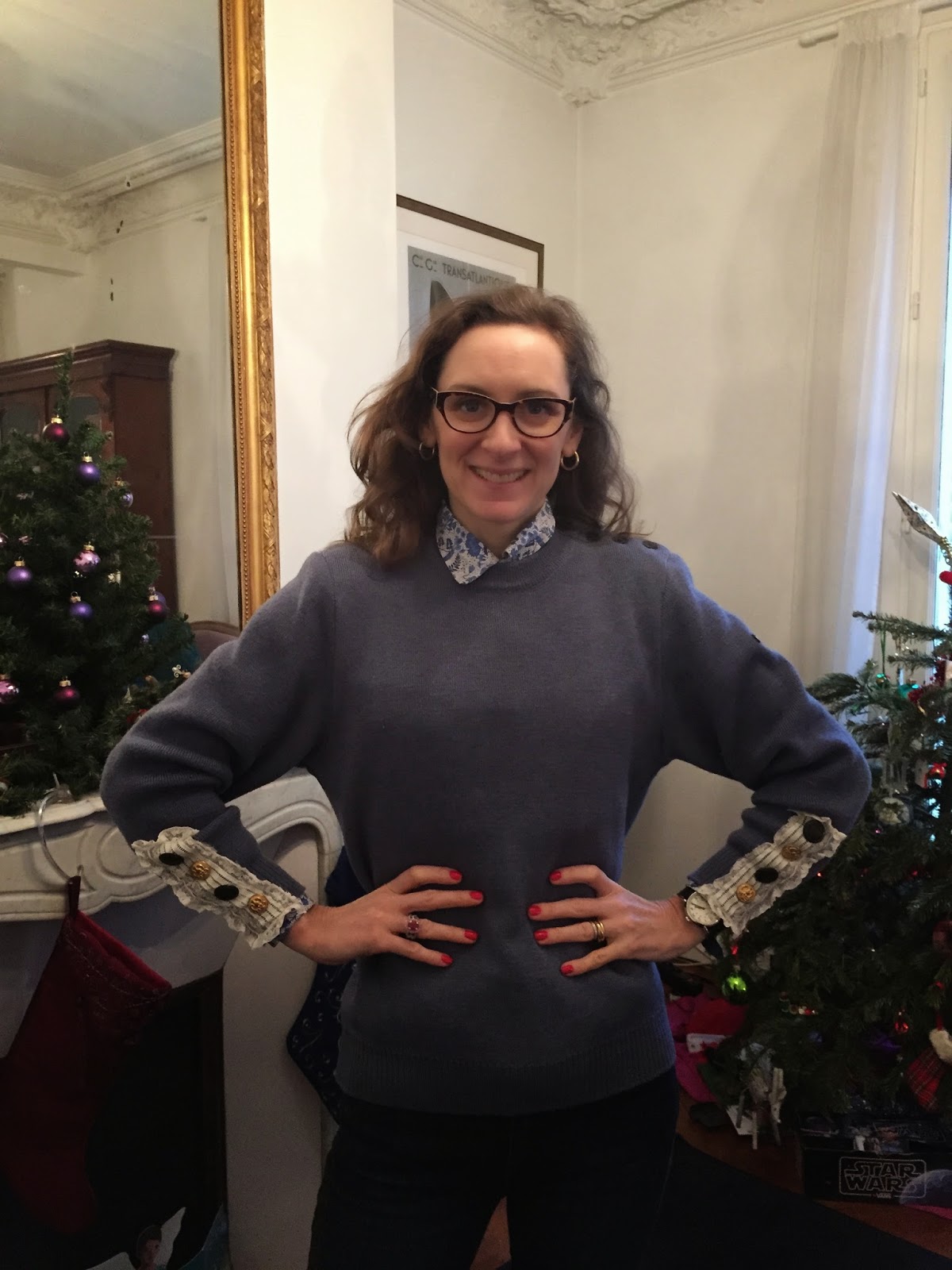 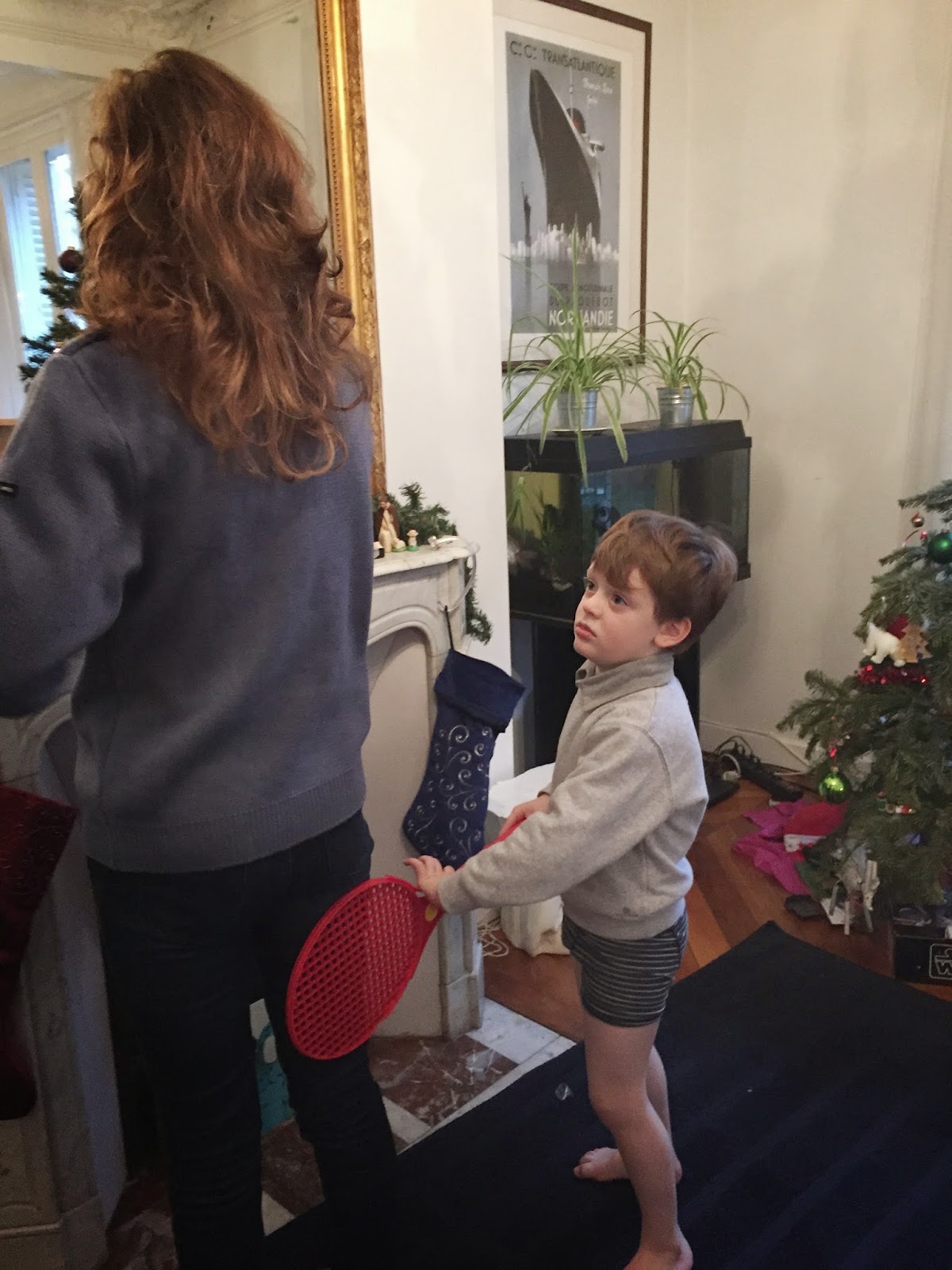