I've posted on social media sites quite a few times over the past year about my new favorite web site, Capital Koala, a loyalty program for families to save for their children's future, with the main objective to help prepare financing higher education. Through its plug-in (or site directly) Capital Koala reimburses up to 30% of online purchases made by its members directly into a savings account for their children. Members can invite as many friends and relatives as they like who can also contribute to the child's savings account through all their online purchases as well. It becomes a team-effort savings account. I think it's brilliant: I need/want to buy something anyway, why not buy it online and have my son benefit too?! (PS: name defined below)

INTRODUCTIONS: I'd thought about contacting the company to see about securing an interview, but it wasn't until after I was featured on the About.me site in an interview when my passion got into action. After I was featured on this site, I got a lot of views and compliments. Looking at some of the other profiles, I saw the co-founder of Capital Koala. Eureka! I didn't hesitate to let him know how brilliant I thought his site was and how much I use it. He got back to me and we settled on a date to meet. 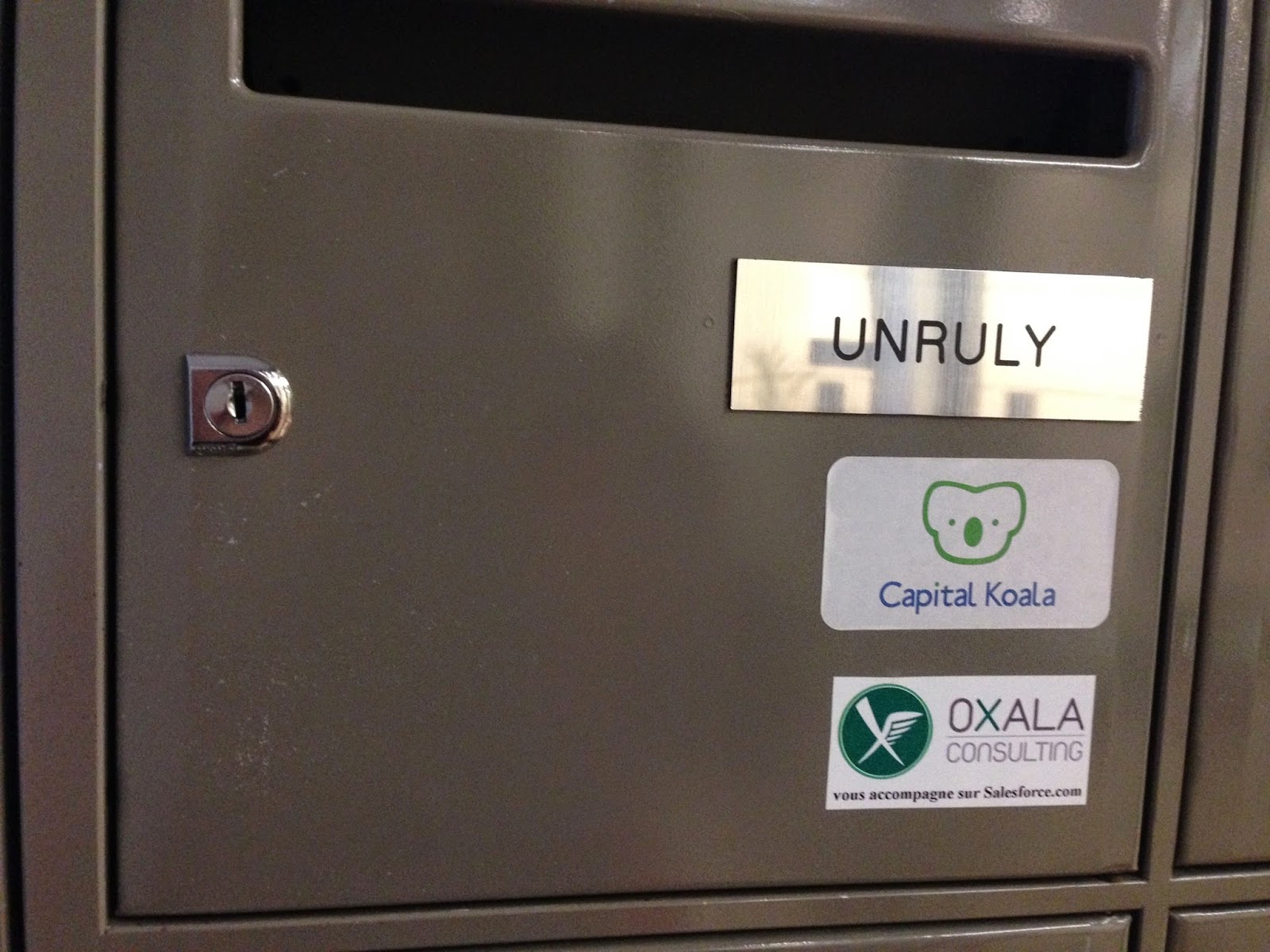 As I approached their office building I was met with a common situation in Paris, or maybe for startups in Paris. Their name was not on the building or door. The unique-to-Paris part is that in order to get into most buildings you must have a digital code. And, digital code I did not have. Typically, my smartphone couldn't find any network so I called my husband to look on the web for a general number. As he did I waited for someone to either enter or exit. Finally someone left and as I ducked inside, I asked if they knew the company. They said they thought it was on the fourth floor. Sure enough, they had a small sign pasted next to the company they were subletting from... Ah, the life of a startup!

Heading up to the offices I smelled that familiar scent I've known since 1993: the smell of anticipation and inspiration brewed with success. And coming out to greet me was a handsome young man with a broad smile and easy-going nature.


Alexandre Martin-Rosset, the younger of the two founders of Capital Koala, is a bright, thoughtful man with purposeful determination for his company's future. Coming from a middle-class family in Avignon, Martin-Rosset worked every summer since he was 16, always thinking about saving for university. Granted, tuition fees are not nearly what they are in the United States, but students must shell out money for rent, transportation and living expenses. The idea of a company that helped people save money for school began percolating as he labored each summer. After graduating from Sciences Po (Aix en Provence, May 2009) he went to London for a one-year internship as a Marketing Assistant for a company that imported design furniture from France, Italy, and Denmark. Heading further West, Martin-Rosset went to Boston, MA to study e-commerce strategies at the Harvard Extension School.


In the United States Martin-Rosset discovered the "cash back" concept at Walmart and other stores and thought about bringing something like that to France. After school, Martin-Rosset went to work at Chaussons Finance, a consulting firm in Paris, for three months until he went to the ESCP Europe Entrepreneurship Specialised Master for seven months. It was here he met his future business partner Jean-Yves Bernard who had more business experience, and whom he pitched his idea after one month. 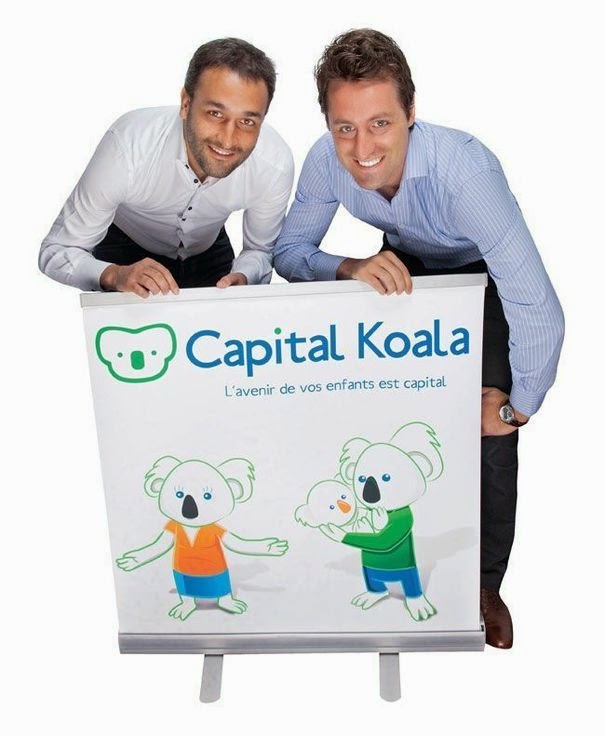 BEGINNINGS: They fine-tuned and hatched their idea in school, winning the Best Project Prize in March 2010, after which they integrated into the school incubator for two years. Starting in April 2012, they worked, gratis, out of Deloitte's headquarters in Neuilly-sur-Seine, where they developed their own proprietary technology. All along they were winning competitions throughout Europe.

With just one bank (ING) and 100 online vendors on board, they beta-tested the site with family and friends for six months. They moved into their present co-sharing space in April 2014 and currently employ eight people, three of whom are in Paris and five developers just outside the city perimeters. Each developer is devoted to all aspects of one browser (IE, Firefox, Chrome, Safari) and one for the website. (I mentioned some problems my husband had using the plug-in on Safari and Martin-Rosset admitted Safari and the Mac OS were especially troublesome but that they were aware and working on it.)


BUSINESS MODELS: Based on their original business model (a commission for each savings account (Livret A) created with a partner bank), Martin-Rosset told me they had $1 million earned income. After four years they felt this model too limiting. Going forward in 2015, they've switched from a commission-from-the-banks to a percentage-from-the-vendors model. Now, each bank simply promotes them to all bank customers, and their revenue comes as a percentage of all sales from vendors.


Forgoing the formal contracted relationship allows for an easier engagement for the banks (usually reticent to part with their money) with Capital Koala as a simple marketing vehicle. And, as part of the marketing budget, vendors are motivated to promote Capital Koala as another win-win way for people to spend more. The more people spend, the more the commerçant makes, the more Capital Koala makes, and the more money that will eventually get versé (deposited) into your child's saving account.


SUBSCRIBERS: With 1,500 vendors it's easy to make nearly every purchase you could need or want online. I'm so in love with this platform that I confessed to Martin-Rosset that once, after having bought 100€ of face creams in a store, I returned them the next day so I could re-buy them online via Capital Koala and have my son benefit as well! He nodded, smiling, saying that he gets lots of emails like that and that they average 200 emails a week from satisfied clients.

Serving 70,000 families, 95% of whom are in France, Capital Koala also reaches subscribers in Belgium, Switzerland and Luxembourg. Divulging more on the client profile, Martin-Rosset explained customers range from wealthy families with just two parents contributing to lower socio-economic families with lots of relatives and friends contributing. This is a good time to mention: you can add as many sponsors as you wish. They also added, in January 2014, a relationship with UNICEF so clients could donate a percentage of their cash-back savings to benefit this charity. 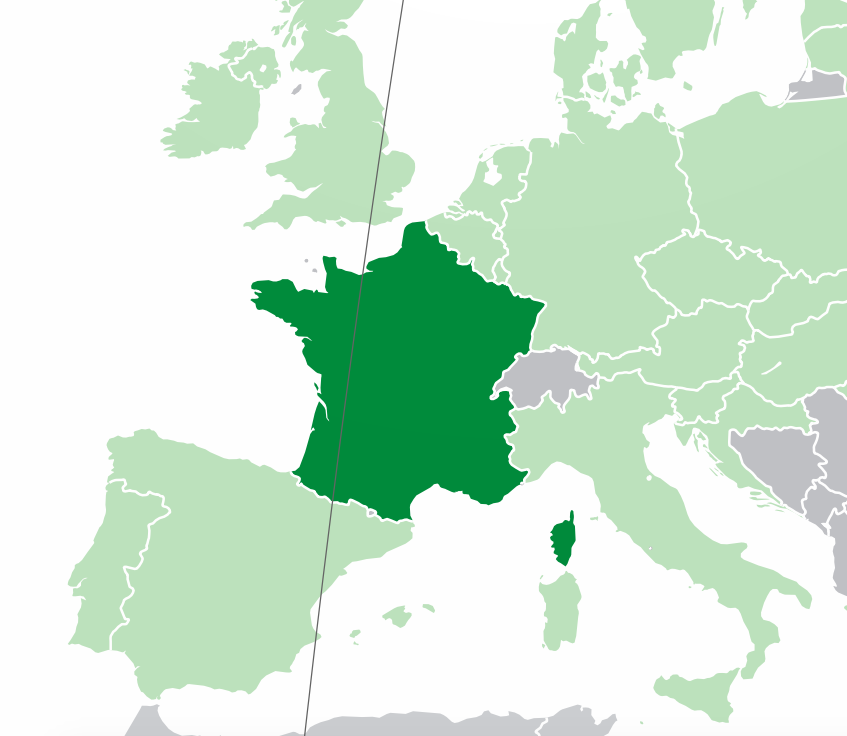 LOOKING FORWARD: We chatted about the business environment in France and what Martin-Rosset has lined up for 2015. Knowing France has had its challenges in change, I asked if it was easy in the beginning to sign on the banks. As to be expected in France, a country invested in maintaining tradition and traditional methods, it took about nine months to get a traditional bank on board compared to the online banks.


Martin-Rosset admitted, despite the past year's impressive efforts to help entrepreneurs and startups, starting a new company in France is hard. He spoke briefly about the size of the market in France versus the United States. (Here's an excellent review of the US vs France startup market/business.) Stating something I'd not considered, but see to be true, Martin-Rosset commented this generation is the first one that is very open to new business practices. He feels there still is competition between generations whereas in the U.S. it's easy to see several generations working together and accepting changing business and business models.


In terms of concrete developments in 2015, look for a much-needed website update, a mobile app (finally!) and other back-end developments for the site and proprietary technology.


COMPETITION: When asked if there were any other "cash back" programs like this in the world, Martin-Rosset cited Upromise (but which is a part of Sally Mae) and Kidstart in the UK. With an opportunity like this prime for the development, I asked him if they planned to expand into the US (and if I could help! ;))


Aside from having only two world-wide competitors, Capital Koala, isn't concerned about taking over and becoming a world-leader. Surprisingly, but refreshingly, they are simply focused on France with some ideas of later expanding into Spain and Germany.


NEXT BIG THING: Martin-Rosset's real interest lies in going offline. Eighty-five percent of all purchases in France are still brick-and-mortar sales. Martin-Rosset wants Capital Koala to be in the local boulangerie (bakery) as well as the boulangerie.com (not an actual partner site!).


He's very keen on digital payment systems and seeing this incorporated more in the B-&-M stores. He's currently working on "things" in area. Martin-Rosset feels this will be the "judge year" for Bitcoin and new payment systems will be changing a lot in years to come.


While he sees a world of opportunities, he has no plans to sell Capital Koala, which is also refreshing. Working during the first wave of dot-com where that was the 2nd question everyone asked (the first being "what's your business?"), I'm encouraged to meet young entrepreneurs who want to own their business, grow it and remain independent. Martin-Rosset feels this is important for customers too, of which he may soon be one (he's getting married in the summer ;).

WINNING COMBO: Martin-Rosset is the best combination of entrepreneur for France, and his particular business, today. He had a personal need for the product he's now created, he is invested in his home, homeland, country, business and its future, and he understands his constituencies. He knows the struggles traditional banks have in quickly adopting these new ideas, he knows how commerçants are eager to exert themselves in this increasingly crowded marketplace, and he understands the French mentality around money. Unlike the commercialism-buy-buy-buy attitude in the United States, the French are used to saving, and especially saving for children. A conservative culture, they are a society that generally doesn't spend a lot, and lives within their means. (This can also be attributed to, perhaps, until recently there were no credit cards.)

With 800,000 babies being born each year, Martin-Rosset is correct in feeling that he has an unlimited supply of new clients. If he captures even 1% of these families, this client relationship has the potential to last 18 - 20 years. With numbers like these it's hard not to see a bright and enduring future for this win-win, feel-good, profit-sharing, home-grown enterprise!


WHY KOALA?
Oh yes, about their name: As they explain on their website:
- "Capital" because they propose a new saving solution and because "it's Capital to prepare for the future."
- Koala because it's for children: a koala is sweet, soft, nice, and equipped with a marsupial pocket (like the kangaroos!) so it's a beautiful image to evoke a child's savings.
- Also: "Koala" is understood in all languages, and this sounds sufficiently "web", a little like the sites we know: "gOOgle", "yAHOo", "kOAla". Voilà! That's how "Capital Koala" is born, and that's it, you have already memorized @(*0*)@ ... (this is a smiley koala).

VIDEO INTERVIEW of Jean-Yves Bernard on Web-IT.TV, Télématin, France 2
at 9:59 AM