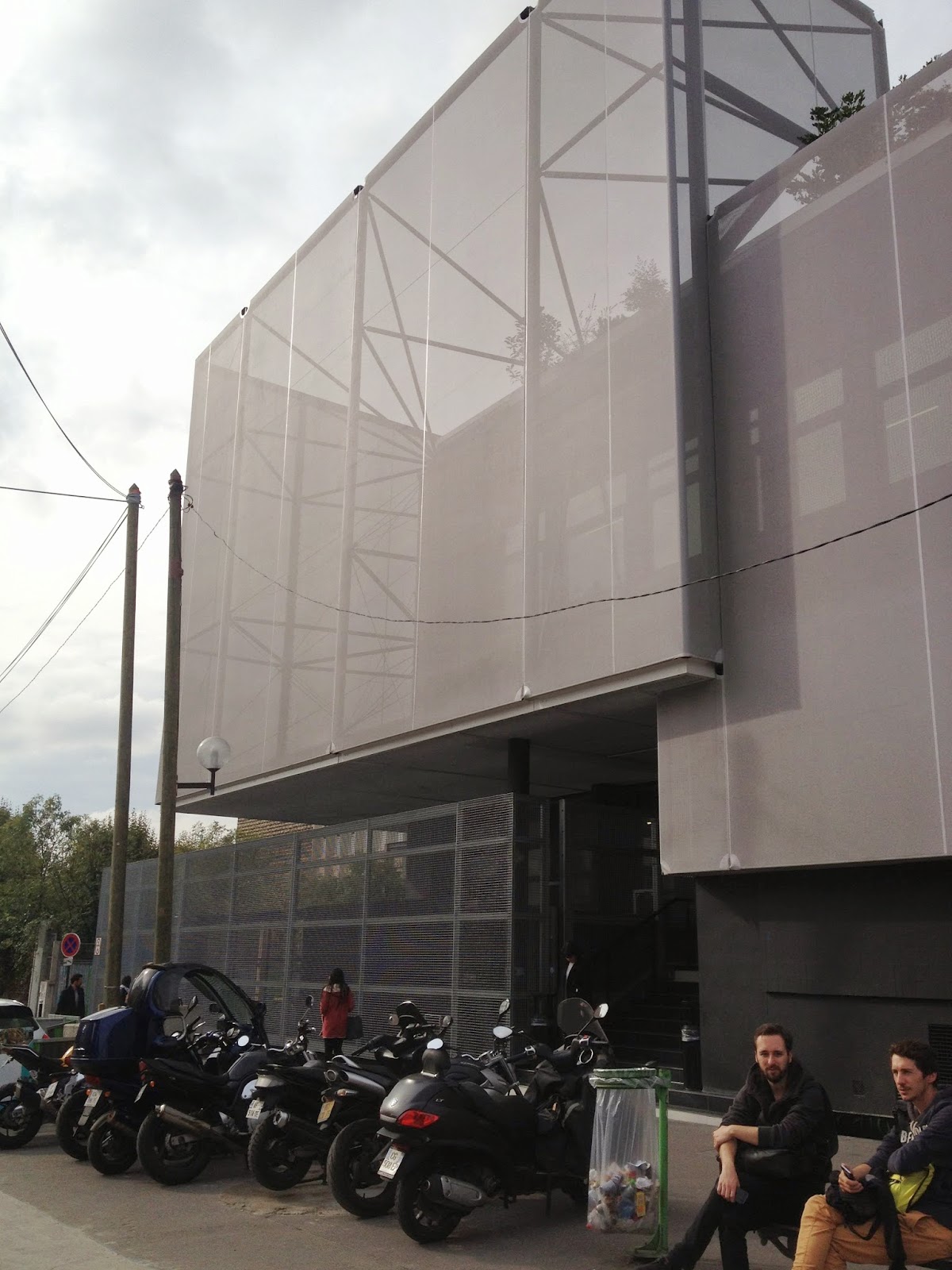 Those in attendance were privy to a pre-screening of an hour-long documentary on the state-of-the-startup and then three round tables discussing various themes.

The documentary, produced by Ecole 42 and BNP Paribas is one result of a "major" "We Love Entrepreneurs" campaign that is attempting a massive outreach in various cities and venues around France. 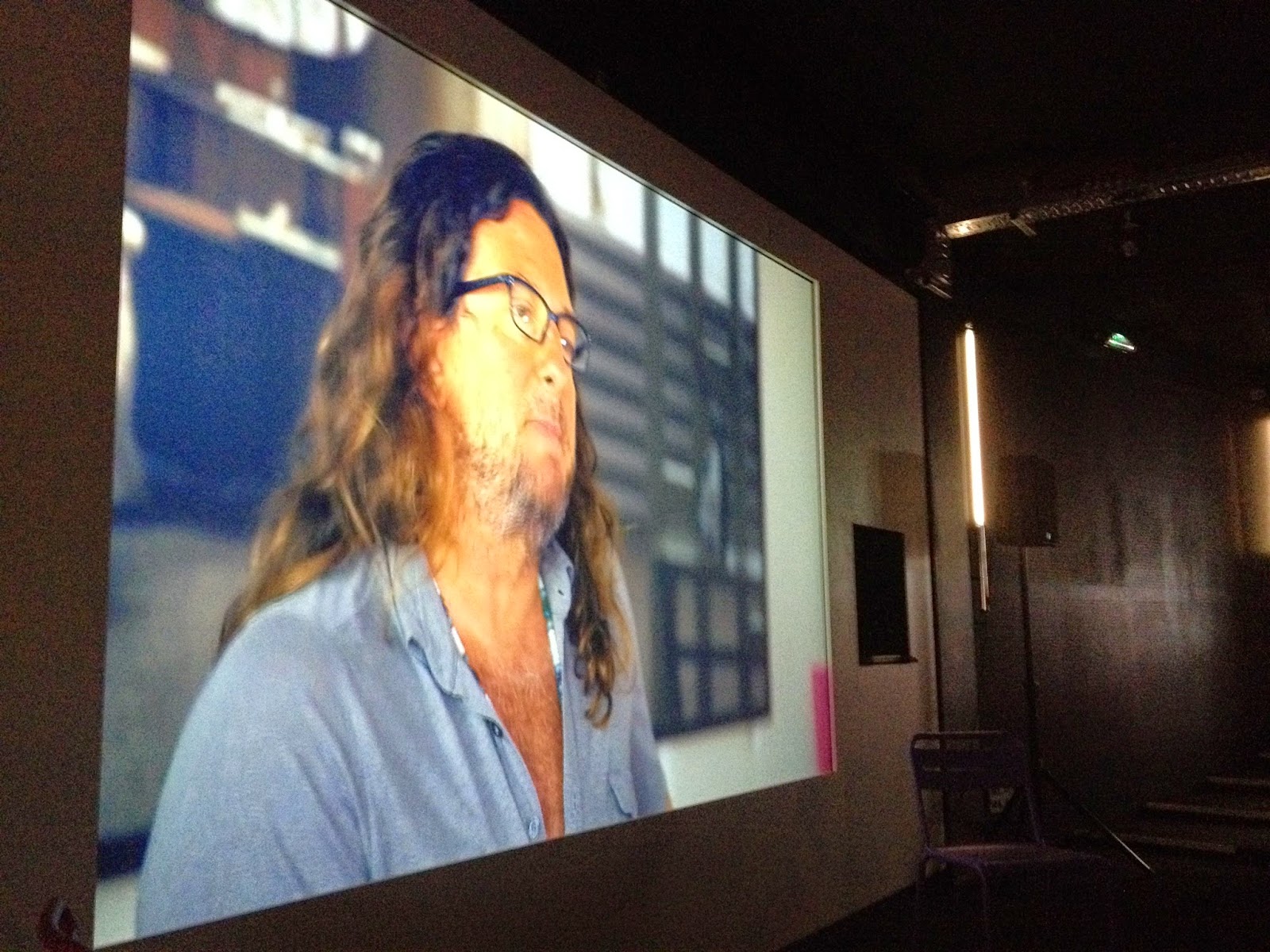 Largely a feel-good piece with encouraging statistics, it has testimonies from several French entrepreneurs and VCs who discussed the things we already know:
* We live in a disruptive time
* Major French firms are beginning (and have) invested in several startups
* And, in the US there is still more ease with collaboration, ideas and financing, but France is trying to improve in this area.

The founder of Docker, who's based in SF, stated the world of startups has grown 42% between 2012-2013 and that today you don't have to go to England or the USA to startup a web company. Today there are incubators, a structure in France and a comprehension of the entrepreneur etat d'esprit!

I find it poignant that there is such a push on promoting "French Web," "French Tech," and the startup scene in Paris, because there is a lot of activity around these very topics, and because it seems that in past decades the majority of French web/tech startups went Westward in order to make that American dream happen. The French community in both New York and San Francisco/Silicon Valley have become especially vibrant over the last 10 years. 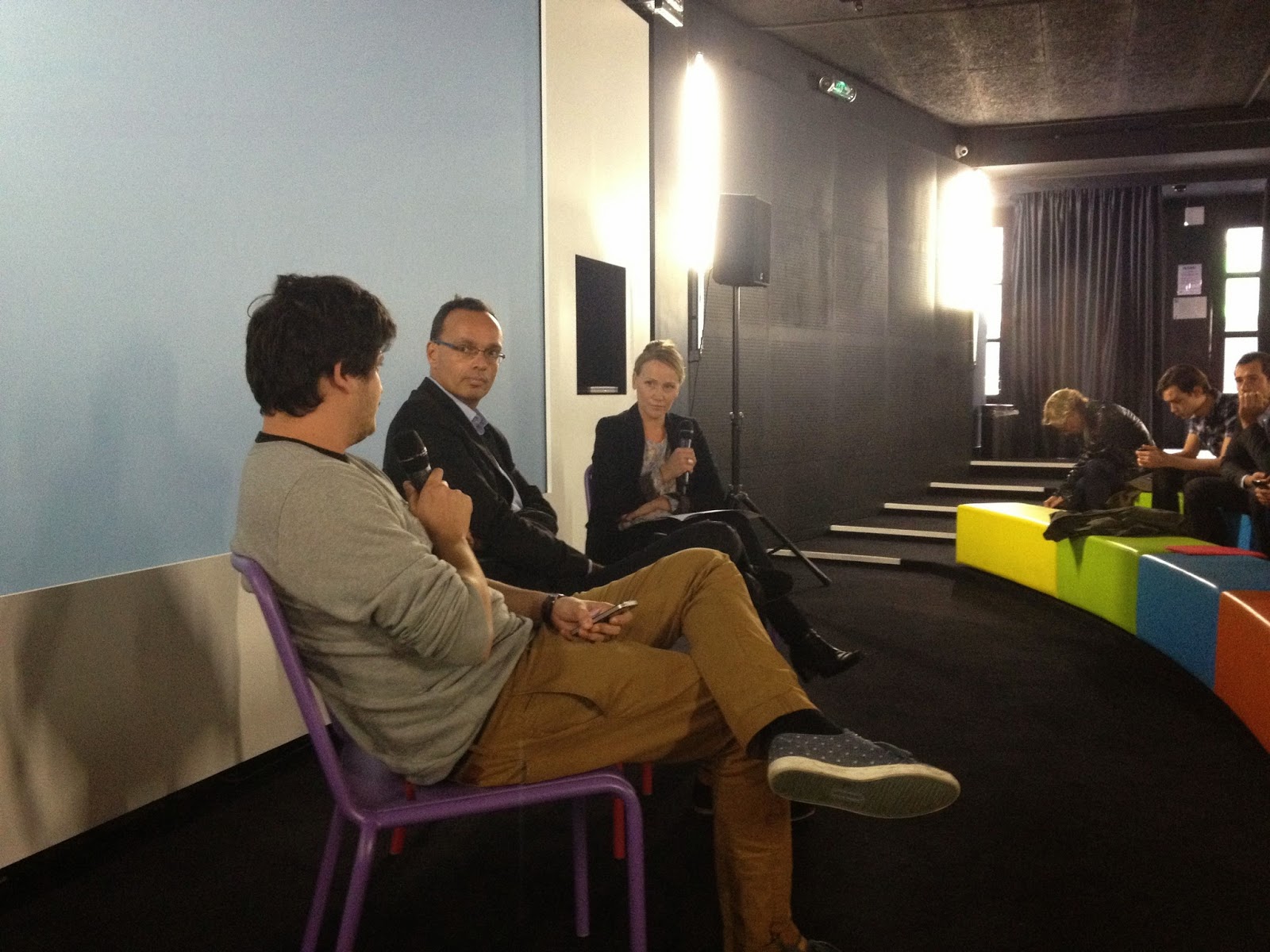 The first round table was on employment, salaries and attracting developers to French firms. Streamed live on Frenchweb.fr The panel had two people, perfect caricatures of an older, more traditional corporate guy (Pierre CANNET, founder Blue Search,1999) and a younger, scrappier guy who's grown up in this "new" era (UrbanLinker consultant "Janis").

The discussion started on how digital is growing, and that there is an interest in not just people with degrees but what they do offline, what are their passions. Early on, after Pierre spoke Janis retorted, "that's a very French mentality" setting us up for a lively discussion.

They spoke about how they cannot offer the same kinds of packages a US firm would offer a developer and that the salary is about 3x less. While speaking of "le plaisir de nuances" (the pleasure of nuances) they can offer recruits (free coffee, comfy sofas, colorful workspaces, ping-pong tables) they wondered if it was enough ("passé le pilule"). Is the amusing "esprit entrepreneur" enough compared with the cold, hard cash and exciting lifestyle promised by firms now based in NY/SF?

I enjoyed listening to the discussion but then had to duck out before questions to take my little budding entrepreneur/businessman/fireman/karate-champion to his karate class! 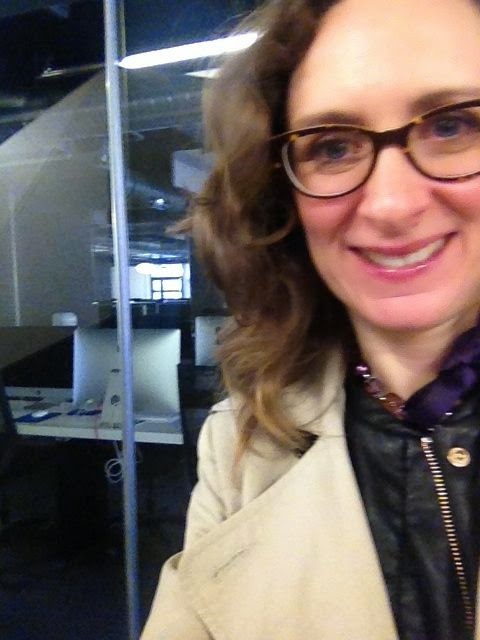