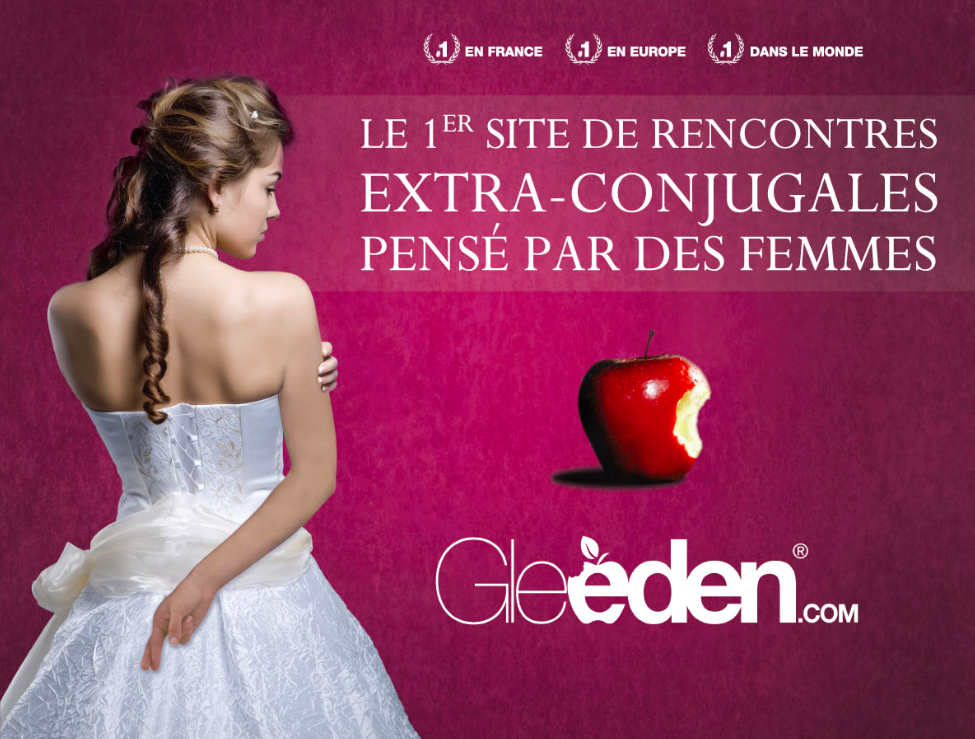 Every now and then I find myself riding my velib behind a city bus (or in a metro station) with one of these advertisements. It still kinda shocks me.

Here is a website blatantly advertising extra-marital affairs for women. Maybe it's just their marketing angle, but other than searching for images for this post, I'd never darken the URL of this site. To me, to be in a place so dark that I'd consider actively seeking out an extra-marital affair, let alone, finding myself on a site where it's treated so flippantly would be one of darkness, despair, and dealing in sin.

There's plenty of lore out there how the French are more casual about having affairs, certainly it seems older generations accepted "the other women." However, I know this "concept" is not as accepted as it was in prior generations.

According to Wikipedia, Gleeden claims to be an online dating community and social networking service primarily marketed to women, specifically those who are already in a relationship. The site, launched in 2009 in France, touts more than 65% of users reside in the European Union. 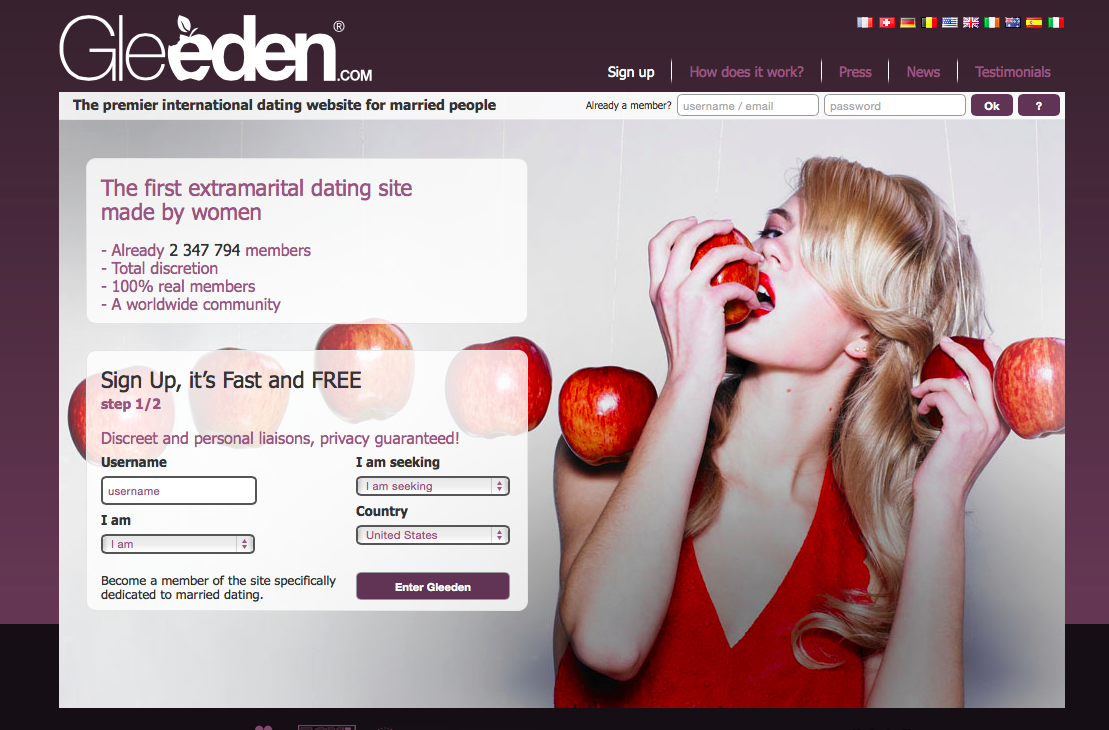 They've also taken obvious imagery. A woman (in red) eating an apple, with a site name emphasizing EDEN (and GLEE), indicates the woman blissful in her choice of eating the apple, committing the first original sin. Other images show a bride still in her wedding gown, with her fingers crossed behind her back indicating she never intended to keep her marital vows.

A quick search on "pub gleeden" (pub is French for publicity) reveals the suggestive taglines.

I think the reason why I'm finally posting this, after seeing these ads for so many years, is it still shocks me. Aside from my obvious judgement, I doubt this kind of site would exist, be funded, or publicized so publicly in the United States.

When I view sites like these, I also go into an apocalyptic morbid consideration of what future generations will say about us in 100 years. What does this say about our society? Definitely fodder for a heated debate on both sides, I'm sure.


* Update: My husband sent me a link of a video where they registered and paid for the Salon du Mariage (Wedding expo) under a false name, unveiling at the last moment in front of a crowd of laughing fiancées (women) and angry fiancés (men).
at 11:15 AM