I'm on a roll with my posts regarding inefficiency and poor web design. Today I'd like to focus on a part of our sidewalk/bus stations that is not well thought out at all.

In 2012 they started construction work on a new building. As a result, they closed the bus stop (heading towards Opera) on our street.  However, this hasn't been the worst of the problems.

The problem with the bus stop for the other direction (heading towards Port de Saint Cloud) is that it is on a rather narrow sidewalk to begin with. It is also directly in front of a Bande Dessine shop and a fruit stand.

So, you have people waiting for the bus in the same space as people trying to go in and out of two shops. This would not be so frustrating if there weren't three major private schools literally 1 building apart of each other on both sides of the street, right near this bus stop.

What makes it more baffling is that there is a large space in front of the post office where cars can park temporarily (delivery spots), that is literally on the next corner and has a HUGE, MASSIVE sidewalk area and 2 benches for people to wait/sit on.

Even in normal times this would make more sense traffic/circulation-wise. But with this deviation for the construction, it frustrates me to no end that they couldn't shift the bus stop 10 feet across the corner.

What adds to the frustration is that, as mentioned above, there are three major private schools within 25 feet of each other. Inherent in this point is the fact that there are hundreds of families typically with a stroller and 2 children holding on to each side and/or rolling by on trotinettes (scooters). These families are all rushing to these schools, or passing them, as we do, to go the public maternelle 10 minutes away. Plus there are cars of people who've dropped their kids off at said schools, merging into the main street.  So there are literally hundreds of people, elderly people and CHILDREN who are at risk of getting pushed into the street as a car or bus is approaching. 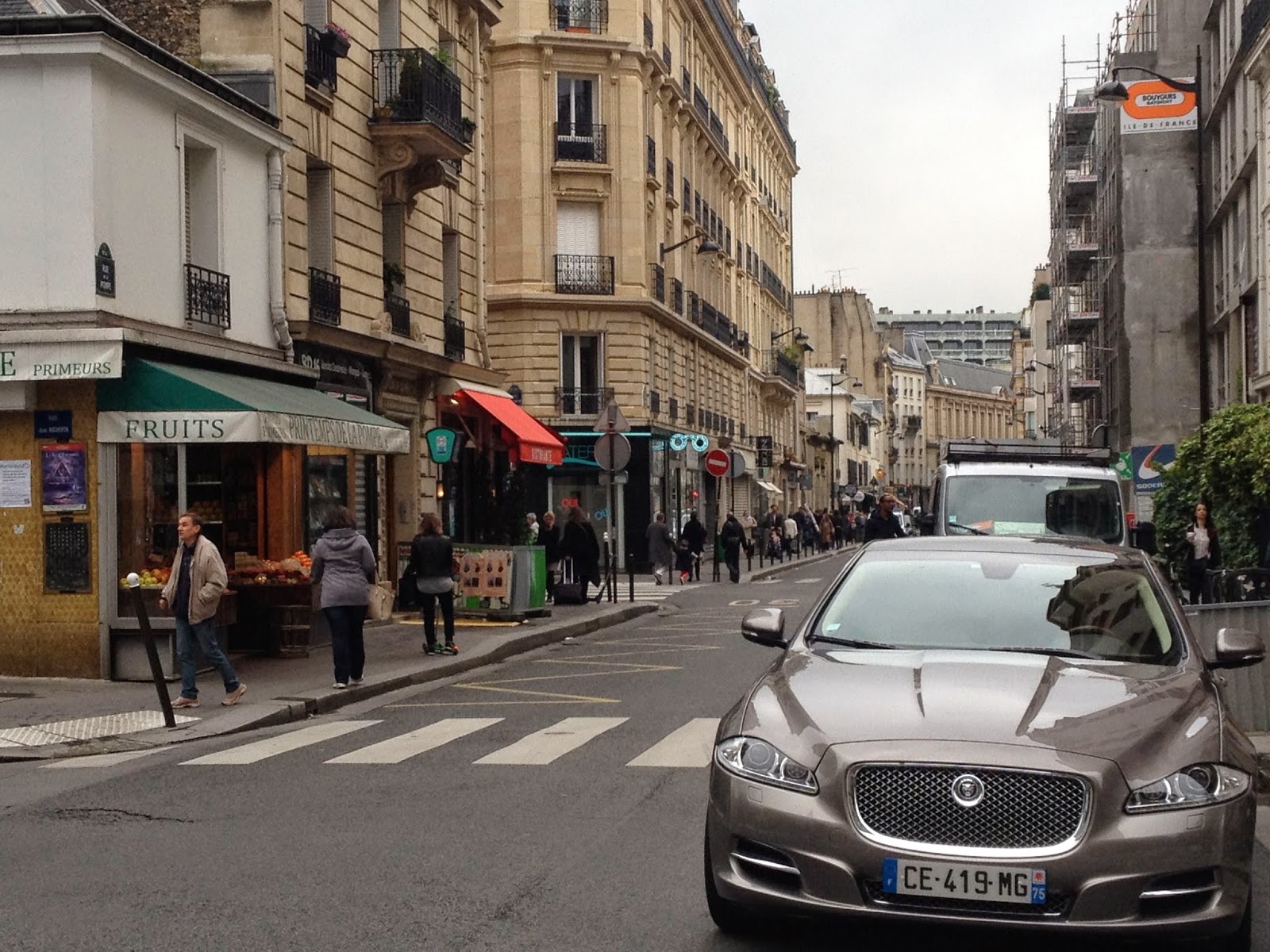 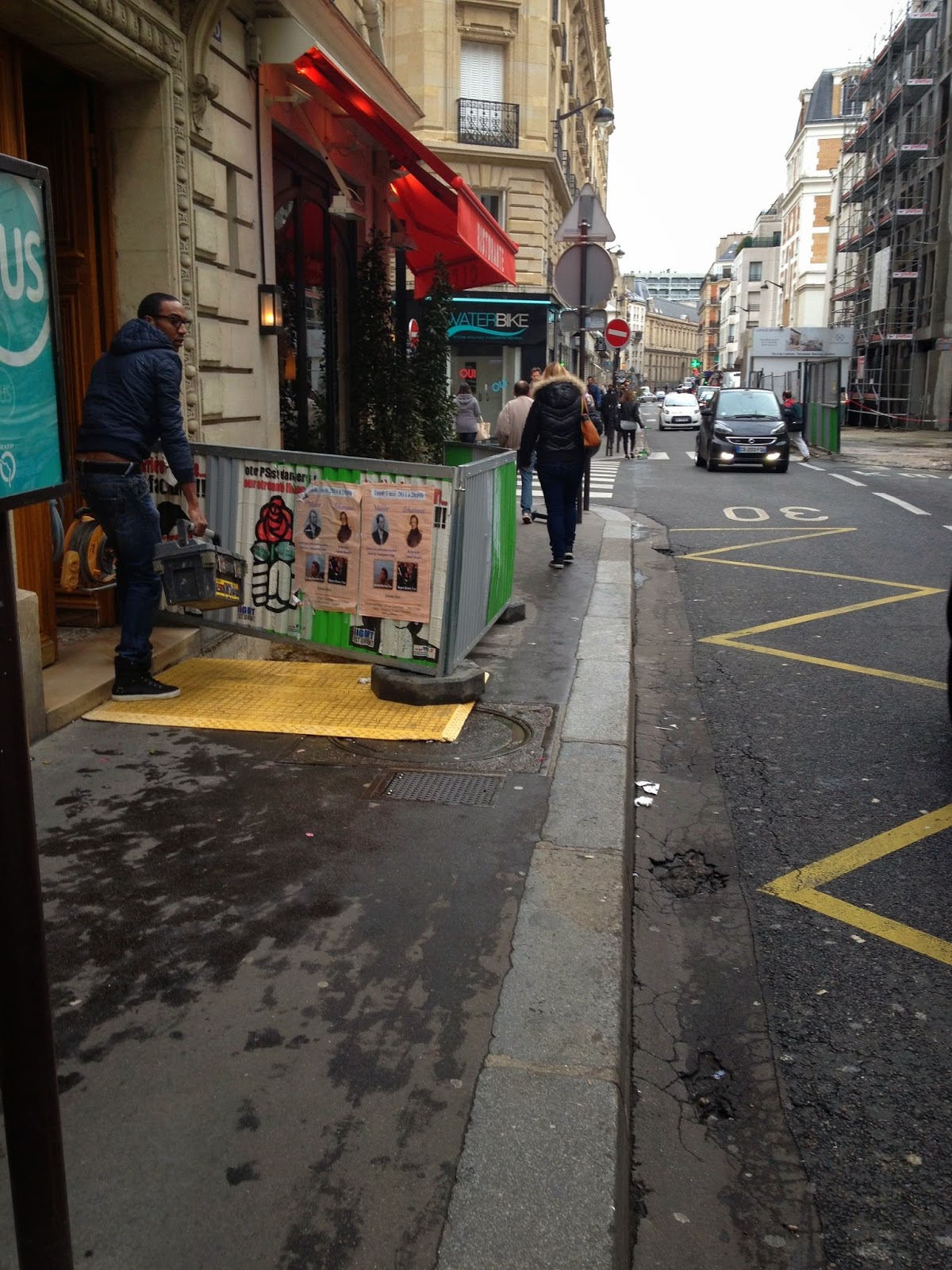 Here is a map of the area: 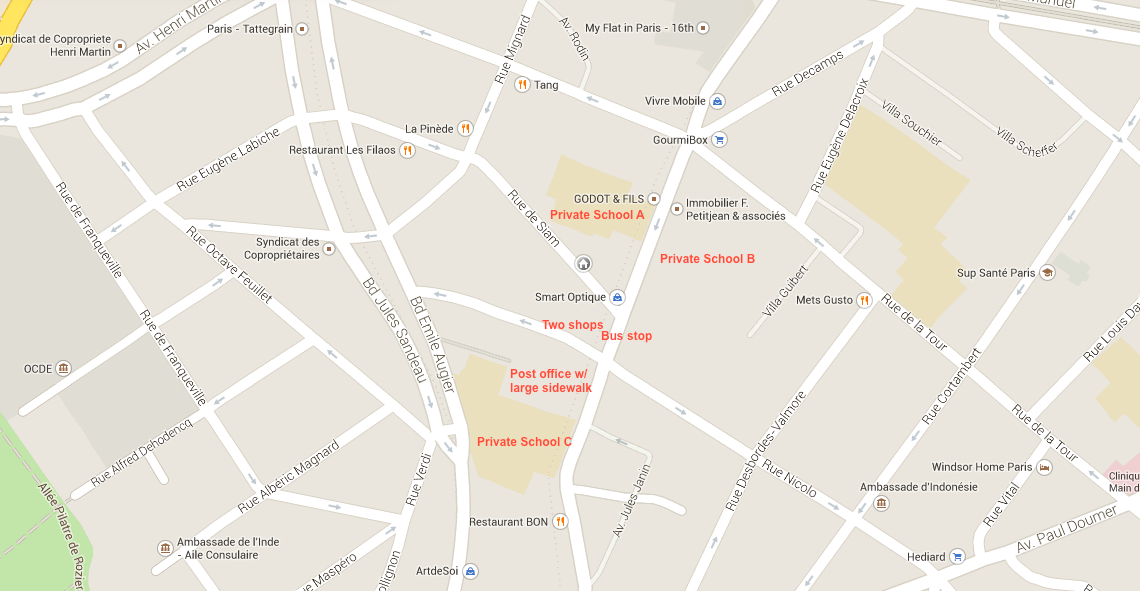